steffani – May 09, 2018
I've managed to stick to my New Year's Resolution for three months! Go me! I'm still making time to read books for pleasure, and I've managed to keep writing short-form reviews as well. Admittedly, I'm a bit late posting my reviews for March, but I reckon I'm doing alright, given how busy April was for me.

In case you're curious, you can click on these links for my reviews from January and February. But here are the books I read in March... 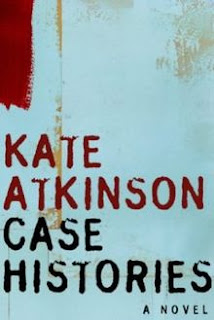 I’ve been a fan of Kate Atkinson’s writing since I first read Behind the Scenes at the Museum as an undergraduate (and that book remains one of my favourite novels of all time). I’m also – as you might have guessed from other posts on this blog – a big fan of detective fiction. However, until now, I hadn’t read any of Atkinson’s Jackson Brodie novels. And I’m not sure why. They’ve been recommended to me by a number of people, so I thought it was about time I took the plunge. Hmmm… not sure I’m glad I did, to be honest. I started with Case Histories, which seemed to have a great premise: three seemingly unconnected cold cases all fall into the lap of Jackson Brodie, private investigator, who becomes (professionally) involved with the eccentric sisters of one of the victims, and the tragic father of one of the others. The book has been described as a ‘tragi-comedy’ and ‘complex’, qualities I love in Atkinson’s other novels. However, Case Histories just didn’t do it for me. It is undoubtedly a novel about a detective, but it isn’t a detective novel. There’s no sense of a mystery to be solved, or clues to be uncovered, but rather the unravelling of a series of tragic stories. While this type of unravelling works well in Atkinson’s other fiction, the presence of a rather cliched P.I. here makes it all seem rather forced. I’ve got to admit, I was really quite disappointed with this one. 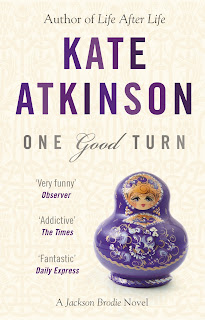 I know I didn’t really enjoy Case Histories, but I was still determined to give Atkinson’s Jackson Brodie books a good try. So next up, I read One Good Turn. In this book, Brodie has retired from detective work and is living in France. On a visit to the Edinburgh Fringe, he becomes wrapped up in a ‘Russian doll’ series of events: a brutal road rage incident leads to another incident, which leads to another, and another, and so on. In many ways, the story unfolds in a more typically Atkinson way than in Case Histories, and the focus on how (sometimes minor) occurrences can have a ripple effect on the lives of people only tangentially involved is characteristic of Atkinson’s style (which works so well in Behind the Scenes and A God in Ruins, for instance). But the book’s over-arching mystery just didn’t work for me. It lacked any sense of realism or suspense, and the characters were unconvincing. Jackson Brodie himself felt like an afterthought. Although he’s caught up in the mystery at various points, he doesn’t really play a role in investigating or solving it. In fact, I’m not sure how much of it is really ‘solved’ at the end – things have happened, and some people are aware of the truth, but there’s no real denouement. Overall, I felt that this (and Case Histories) were too Atkinson-y to be good detective fiction, but too detective fiction-y to be good Atkinson novels. Jackson Brodie is not for me.

The Ravenglass Eye by Tom Fletcher (2012) 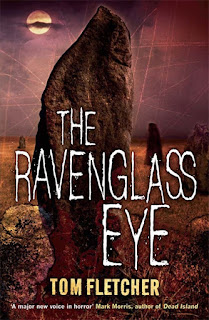 Oh dear, it seems this month’s theme is ‘disappointing books by authors I love’. Tom Fletcher’s debut novel The Leaping is one of my favourite horror novels of all time. I also really enjoyed his second novel The Thing on the Shore, particularly the way it evokes a version of Cumbria far removed from the more usual romanticized Lake District. (I’m Cumbrian by birth, by the way, and I’m from the other, non-Lake District bit of Cumbria.) Ravenglass is one of my favourite places in the UK, so I was over-the-moon when I heard that Fletcher’s third horror novel was set in the little Northern Lakes village. Sigh. I’m gutted to say it, but I really didn’t enjoy The Ravenglass Eye. The book tells the story of Edie, a barmaid at The Tup (like most of the locations, this is a thinly fictionalized version of a real pub in Ravenglass) who develops ‘the Eye’, a power which allows her to see strange events and another world. When a horrifically mutilated corpse is found, Edie realizes that she is part of something much bigger – and far-reaching – than she knew. While this is a fairly solid premise for a horror novel, the book lacks the lyricism and philosophical quality that I enjoyed in Fletcher’s previous two horror novels. We lurch from one grotesque set piece to the next, without any time to dwell on the magnitude of what we’re seeing. Sadly, the book feels rather hurried, and the ending is a let-down.

The Thirteenth Tale by Diane Setterfield (2006) 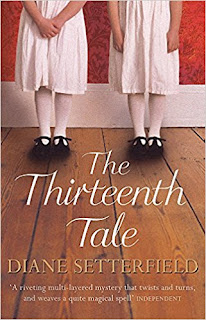 I’ve been meaning to read this one for a while, as it’s cropped up a couple of times when I’ve been looking for themes for episodes of my radio show. Setterfield’s novel features Margaret Lea, a bookseller and amateur biographer, who is contacted by reclusive (but super-famous) novelist Vida Winter. Vida is dying and wants to finally tell the story of her life – putting to bed the various fabrications she’s created over the years – and she’s chosen Margaret as her biographer. Vida insists on letting the story unfold chronologically, though Margaret can’t resist fact-checking and leaping ahead at times, which creates an enjoyable story-within-a-story format. The Thirteenth Tale is definitely a page-turner, and there’s a lot that I really liked about it. I did guess a couple of the twists (including the final ‘reveal’), but that didn’t prevent me enjoying the way the story unfolded. My only problem with the book was that I couldn’t stand the protagonist! I found Margaret to be one of the most irritating characters I’ve read for a long while. Hardly a page goes by without her mentioning either (a) that she loves books (other people might love books, but she like really loves them) and (b) she drinks cocoa rather than tea or coffee. Fortunately, the book keeps taking us back to Vida’s story which, though a little OTT, is a lot more engaging than Margaret’s narration. Overall, I enjoyed The Thirteenth Tale, though. It’s a great Gothic mystery with some decent ghostly twists. 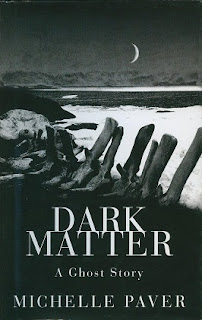 My mother-in-law lent me Dark Matter ages ago, after I mentioned I’d become a bit fascinated by Svalbard, the Norwegian archipelago in the Arctic Ocean. I kept meaning to read it, but never seem to get chance. I thought this New Year’s resolution was a good spur to finally get around to it. The book is set in 1937; a young man named Jack Miller signs up to be a wireless operator with an expedition to Spitsbergen (part of the Svalbard archipelago). A party of five men and eight huskies leave Norway, with the intention of making camp in Gruhuken and making a scientific study of the area. But, as they leave Longyearbyen (the main settlement in Svalbard), things start to go wrong. And as it’s the final days of the Arctic summer, there’s a long winter stretching ahead of them. Paver’s novel is subtitled ‘A Ghost Story’, and this is an accurate description (more accurate than it being tagged ‘horror’). This is definitely a story about a haunting. However, what I really enjoyed was the way the landscape is evoked. It would be trite to say that Gruhuken is a ‘character’ in the book, but Paver is careful to keep the desolate bay centre-stage throughout the book. Dark Matter is a short book, but wonderfully absorbing. It’s a story about how people and place are inextricably intertwined, and (strange to say) it’s revitalised my desire to visit Svalbard one day. I’m glad I finally got chance to read it! 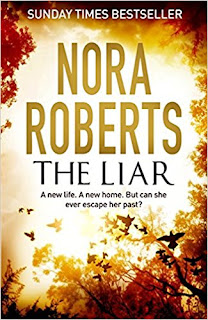 Okay, this is a strange one. It’s another book my mother-in-law lent me, but I’m still at a loss to know why. Or why she read it in the first place. My mother-in-law and I share a love of horror and crime fiction. She lent me Dark Matter, and we went to a Peter May book launch together. Where did this Nora Roberts book come from? (She can’t remember, by the way. I think she might have been convinced by the Stephen King endorsement on the cover!) I’m not a romance fan, but I thought I’d give this one a go for the sake of variety. The blurb promised something almost like a thriller: when Shelby Pomeroy’s husband dies unexpectedly, she discovers a web of deception and debt that makes her question whether she really knew the man she was married to. Sadly, that’s not really what the book is about. Instead, it’s the story of a very dull young woman who returns to her hometown after her husband supposedly dies. Despite her having done nothing in life except marrying an obnoxious man, everyone is inexplicably in awe of Shelby Pomeroy. The book is littered with people praising her skills at selling her husband’s designer suits to pay off his debts, and she’s the greatest singer ever. The plot mostly revolves around her copping off with a local carpenter, and the reappearance of the dastardly not-dead husband is simply an underdeveloped subplot. Suffice to say, I was bored to tears.