steffani – July 06, 2018
So, I'm still clinging on to my New Year's Resolution to read more for pleasure. After a bit of a rubbish May, I did manage to find time for three novels in June. Not quite hitting my target, but to be fair work has been crazy busy.

Before I get to my three June books, just a reminder that you can see the other books I've read in 2018 here: January, February, March, April, May 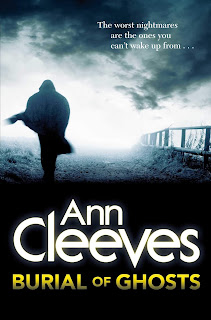 I was round at my parents’ house at the beginning of the month and decided to ask my mum for some book recommendations (because I couldn’t decide what I wanted to read next). I think I asked for ‘something where the past comes back to haunt the present’ and ‘something a bit like Peter May’. She lent me two books, and the first one I read was Burial of Ghosts. I’ve never read any of Ann Cleeves’ novels before. I love the ITV Vera series, but I struggled to get into the BBC’s Shetland. Burial of Ghosts is a standalone, though, so I thought it’d be a good introduction to Cleeves’ writing. The book follows troubled young woman Lizzie Bartholomew, a social worker forced to take leave from work due to dark incidents that we learn about through fragmentary flashbacks. On holiday in Morocco, Lizzie has a quick fling with a man named Philip. On her return to the UK, she’s shocked to find that Philip has died and left her a substantial bequest in his will. But in return, he wants her to do something for him… The story unfolds in a compelling way, and Lizzie is a rather offbeat protagonist. I did guess a couple of the twists and turns, but that didn’t really diminish my enjoyment of the story, which was as much about character development than a puzzle to be solved. This one is a recommendation, and I’ll probably read more of Cleeves’ work in future. 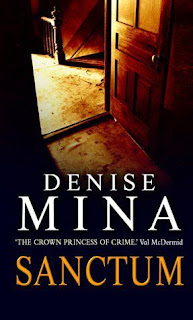 This is the second book I borrowed from my mum this month. I’ve got to admit, I didn’t enjoy it as much as the first. Sanctum is written as a diary, kept by Lachlan Harriot after his wife Susie is convicted of the murder of violent serial killer Andrew Gow. As Lachlan begins to search through his wife’s papers for evidence to mount an appeal, he begins to doubt whether she really is innocent of the crime. The premise seemed pretty cool – and it’s certainly the sort of thing I like reading – but sadly I felt it fell down on the execution. My first problem was that – despite being rather unlikable – Lachlan is a completely reliable narrator. I spent the first half of the book assuming things would turn out to be different, but as it transpired his diary is just a straightforward description of events. Secondly – and more importantly – the ‘mystery’ here just isn’t that interesting, and the ‘reveal’ falls flat. Throughout the book, we’re led to believe that something earth-shattering lurks in Susie’s study – she repeatedly tells Lachlan à la Bluebeard NOT TO GO INTO THE ROOM. The difficulty with the Bluebeard story is that, of course, they always go into the room, so you must make sure there’s something pretty outstanding behind the door. And, unfortunately, there just isn’t in Sanctum. The final explanation, though prefaced with a couple of low-key clues, just didn’t seem worth all the locks Susie placed on the door. A bit disappointing. 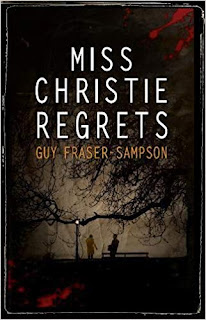 Oh dear. If the last book was disappointing, this next one was downright frustrating. Again, this sounded right up my street: a contemporary murder mystery written in Golden Age style. I was promised a ‘love letter to Golden Age fiction’, and a ‘puzzle box of a mystery’. Instead, Miss Christie Regrets is a rather tame (and not particularly intriguing) crime novel with some overt references to older novels. It is the second in Fraser-Sampson’s Hampstead novels (I didn’t know this when I started reading it, and I haven’t read the first). A man has been murdered in an iconic Hampstead building, and detectives discover a connection to a decades-old body found in another location. A pedestrian investigation follows, in which detectives talk like characters from a 1930s novel but keep mentioning SOCOs and the problems of modern policing. Ultimately though, there are no ‘Golden Age’ style clues, no deductive reasoning, and one of the mysteries is solved when a character conveniently tops himself, leaving a helpfully detailed note (Agatha would not approve). Sadly, the book isn’t properly edited either, which mars any possible enjoyment of the plot. Numerous typos and inconsistencies are distracting, and a character’s name changes for three pages. I’d also say that the author has a bit of a problem with names: there are two Peters, two Toms, an Alan (first name) and an Allen (surname), a Collins and a Collison, a Victor Laszlo and a Timothy Evans. Overall, the book needed a thorough copy-edit and proof-read.