Time for another review of a Greater Manchester Fringe production from me. This time, it’s bittersweet comedy A Fine Life, written by Anne Wynne and directed by Mike Heath.

41-year-old Martin (played by Kivan Dene) sneaks back to his parents’ house to escape his crumbling relationship, but he doesn’t find the enthusiastic welcome he was expecting. His mother Annie (Julie Edwards) is on edge, and his father has disappeared after a row about double cream for the apple pie. 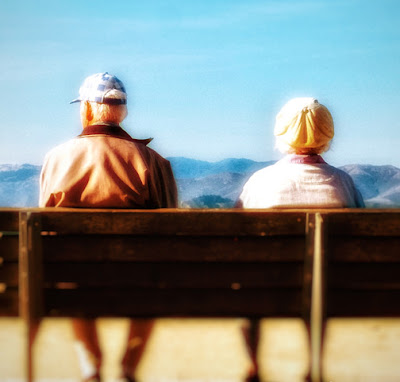 Martin’s panicky attempts to make himself useful to his mum leads him to suggest hiring a cleaner to ‘lend a hand’ in the house. After a quick phone call to make enquiries, Martin and Annie are surprised to find Chelsea (Nicole Evans) on their doorstep almost immediately. But it turns out Chelsea’s talents extend to more than simply housework.

I think I expected something a little different of A Fine Life. The press info suggests a play that will address the problems of an aging society and elder (even end-of-life) care. But this isn’t quite what’s on offer here.

Martin’s relationship is in tatters. It’s never quite clear what the cause is – though he makes several references to his partner’s drinking and bad behaviour – but it’s implied that Martin’s reluctance to address the problems head on is making matters worse.

His parents’ argument about double cream, and his dad’s disappearing trick, are also symptomatic of a lack of communication and refusal to speak directly about more serious issues that bubble under the surface. Even when Martin finally sits his mother down to talk frankly about his father’s health and their future, this is near enough shrugged off by Annie, who simply tells her son that she already knows.

Into this rather repressed (though realistic) atmosphere comes Chelsea, bubbling over with positive mental attitude – though she appears to be more of a beautician than a cleaner. Sure enough, Chelsea sets to work on manicures, pedicures, facial treatments and relationship advice without delay.

Although the characterization is, perhaps, rather familiar (Annie is an old-fashioned Irish woman, with equal parts impatience and naivety, and Chelsea is a pretty but feather-brained northern lass with a penchant for cleansing auras and flogging bust firming gels), there is something rather unusual about A Fine Life’s story. While the blurb suggests that the play will tackle the big questions of life and death, in fact the focus is much smaller. This is not a criticism, however, as Wynne’s script constantly reminds us that it’s the small things that really matter.

I might have been expecting a script laden with heavy musings on life and death, but A Fine Life instead serves up conversations about double cream, cuticles and spray tans. The play’s final moment – and I won’t give any spoilers here – offers a cheeky suggestion that, maybe, the task of sorting out the cream and the cuticles was more significant than it appeared.

The cast of three (other characters are heard, but not seen) give strong performances throughout. Evans is a bit of a scene-stealer as Chelsea, with her engagingly comic performance that deftly avoids falling into cliché. Edwards is sympathetic as Annie, and Dene plays a jitteringly anxious Martin, who is struggling to work out the right thing to do (while also desperately trying to avoid the difficult thing to do).

The play makes good use of the limitations of space and set. Most scenes are set in the same room – the family living room – though there are a couple of quick and neat transformations to conjure up a cellar. An illusion of space is conjured up by a single venetian blind at the edge of the room, which is used at several points to hint at the activity going on outside the confines of the set.

With solid direction from Heath and a bouncy, compelling script from Wynne, A Fine Life is an enjoyable ‘slice of life’ story. It doesn’t really tackle those big questions of life and death… or does it? In the end, Wynne’s script does a good job of reminding us that, while we might not need someone to come and fix everything, it’s sometimes good to be reminded about what’s important.