This is the second show I saw at this year’s Greater Manchester Fringe. And the second one to bring a tear to my eye! (Wonder if this is going to be a theme this year…) 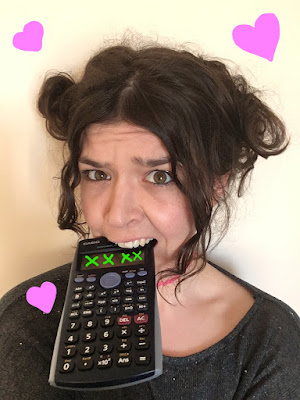 The Love Calculator is a one-woman show, combining poetry, comedy and song in an exploration of dating and relationships. The show’s premise and blurb promise to reveal the formula for true love – but this is only a small part of the show. Writer and performer Rosa Wright takes us through a series of stories and vignettes taken from previous relationships, some funny, some sad and some unexpectedly very moving.

The ‘Love Calculator’ element of the show is fairly straightforward, and I’m sure most people (or, maybe, most women) will recognize the formula immediately. The show’s real conceit is the bingo card/jukebox set-up that follows on from the calculations. Each audience member is given a card and encouraged to shout out numbers (first person to get one line got a prize). In response, Wright performs the piece that corresponds to the selected number, resulting in a non-chronological medley of songs and poems that jump back and forth, from a hook-up at a wedding, to a childhood crush, to a recent break-up.

Tonally, the pieces move from sad, to bitter, to joyful, to soppy, to angry – all the while held together with sardonic commentary from Wright. The overall effect is not a linear narrative, but a jumble of experiences (some good, some indifferent, some really bad) that have somehow led to this point. And isn’t that kind of what life (or dating) is?

I can’t work out whether or not I fell into a bit of a trap during the show. After it was over, I told Wright that I’d been surprised to find we’d had a lot of the same experiences. Bit of a rookie mistake, and you’d think I’d know better by now! The stories behind The Love Calculator often unfold through hints and suggestions – Wright makes a lot of use of sensory description and evocative imagery (a finger running across a plate to mop up salt-and-vinegar crisp crumbs, for instance) – and so some pieces are deceptively specific. I certainly felt like I could identify with a lot of the material, but in the cold light of day I realise that a lot of the audience probably felt exactly the same! It’s testament to Wright’s performance style – always seeming like she’s accidentally oversharing, continually asking the audience ‘It’s not just me, is it?’ – that I kept thinking ‘This song is totally about me!’ 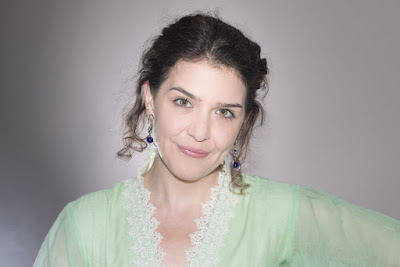 I think it’s also worth saying that the performance I saw was interrupted a couple of times by people mistakenly stumbling in looking for the show upstairs. Gullivers has two performance spaces, and Wright’s show was on in the smaller room downstairs – meaning that people coming in and loudly asking whether they’re in the right place can be heard easily on the stage area. Now, I don’t know exactly what show was on upstairs, but there was something kind of surreal about people loudly wandering in and asking a Northern lass on a ukulele if she was Simon and Garfunkel. Wright handled these interruptions with good grace and humour, even giving a very short burst of ‘Scarborough Fair’ to appease.

Overall, The Love Calculator is a very enjoyable show. The bittersweet music and poetry work well together, the performance style is charming, and the arrangement of pieces is very effective. It’s laugh-out-loud in places, tear-jerking in others, and with just enough TMI to have you cringing in places.

(Oh, and it was the poem about the first childhood crush that made me cry, in case you were curious.)