So… the Greater Manchester Fringe kicks off for another year! As my alter ego, Hannah Kate, I hosted a GM Fringe Hannah’s Bookshelf Special on North Manchester FM on Saturday 30th June, interviewing many of the actors, writers, directors and producers taking part in this year’s festival.

The Fringe is now in its seventh year, and the programme this year is bigger than ever, taking in theatre, music, comedy, spoken word and other performances. There are hundreds of performances across numerous Greater Manchester venues (admittedly, mostly in Manchester and Salford – though there are way more non-Manc/Sal places taking part this year than previously). The Fringe runs from the 1st-31st July, and details of all the shows are available on the festival’s website.

For me, the Fringe started with a performance of A Surgeon’s Photograph by Rising Shadows Productions at Footlights House in Salford. 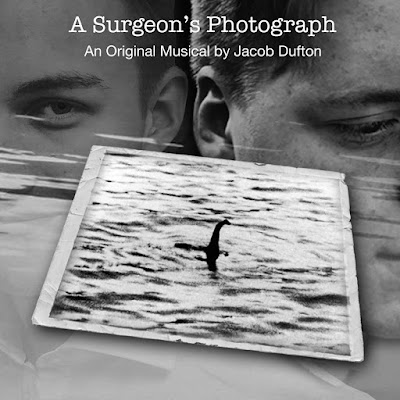 A Surgeon’s Photograph is a new musical by Jacob Dufton, produced and directed by Ella Dufton. This Bury-born brother and sister founded Rising Shadows, with the goal of ‘re-inspiring regional film and theatre’. This year’s show is a musical set in Scotland in the 1970s.

The title of the show is taken from the name given to an iconic (but fake) photograph of the Loch Ness Monster, which was published in 1934. And Nessie is a key player in Rising Shadows’ show.

When he is ten years old, Robert McCoy (played by Dufton) loses his father. His godfather, Rev. John Sullivan (played by Joe Davies), tells the young boy that his father was killed during a fishing trip on Loch Ness… and that the monster was to blame. Rob grows up believing that he must avenge his father’s death.

The play’s main story takes place a number of years later, when a now-teenaged Rob joins with friends Duncan (Christian Fuchs) and Cathy (Sophie Rush) for a final attempt to confront the monster that killed his dad. However, this is complicated by the love triangle that has developed between the three childhood friends. As Rob grows increasingly unhinged in his obsession with Nessie, Duncan and Cathy have to decide how far they can go to support their friend.

A Surgeon’s Photograph began life as a concept album (written by Dufton), and so the story is really carried through the musical numbers. Each scene is set and developed through a song, and there is limited dramatic development between them – almost all the plot and characterization is presented through music and lyrics, though there is naturally some dialogue holding everything together. This makes sense given the story’s origins as an album, rather than a script, but there are moments where the narrative would have benefitted from some more development. However, this isn’t a criticism as such. The play has been created to fit the constraints of a Fringe production (and so it is short by musical standards), and I appreciate the way in which the narrative has had to be shaped. But it’s worth saying that the story could easily stand expansion into a full-length production, and I think it’s good that I was left wanting more! 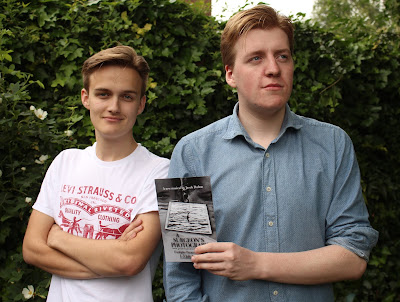 As I’ve said, A Surgeon’s Photograph is – mostly – set on and around Loch Ness. Before I saw the show, I had some concerns about how the company were going to handle this. Without a lavish budget and ambitious set-dressing, how do you conjure up the vastness and majesty of a place like Loch Ness?

Of course, this conjuring is done in A Surgeon’s Photograph through the music. Dufton’s dramatic and passionate score blends Celtic and Scottish influences with nods to the music of the 70s, and the performers do a good job of singing as though a massive body of water separates them from the audience. I very much enjoyed the fact that the vastness of the music is paired with minimal set design – only one piece of staging is used, a triangle of wood that forms the hull of a boat (and, at one point, the seats of a car), which is very effective. The cast is also minimal, with just four actors (Dufton, Fuchs and Rush play the younger versions of their characters as well as the teenagers).

Overall, these performances are strong and all the right notes are hit throughout (with just the odd occasional wobble on the Scottish accents). Dufton is convincing as the beloved kind – but dangerously obsessed – young man dealing with his father’s death. Rush is likable as the vicar’s daughter confused by her feelings towards the two boys (though Cathy’s relationship to her rather conflicted father is one of the aspects of the play that could really benefit from expansion). But I think it was Fuchs’ performance that I found most compelling. His Duncan is sweetly steadfast and understated, but (much like Loch Ness) there’s plenty going on under the surface. Chemistry between Dufton and Fuchs means that the lads’ friendship is sympathetic, making Duncan’s continued willingness to hunt for a (supposedly) fictional monster believable.

But for all its majestic music and monster-hunting, A Surgeon’s Photograph isn’t really about Nessie. There’s another story here, and that’s where the real heart of the show lies. It’s a coming-of-age story about friendship, love and sexuality. And I will admit that I shed a little tear at one point.

All in all, a very enjoyable production. A charming premise, conveyed through great music and compelling performances. I hope to see more from Rising Shadows in the future.